Marines always celebrate November 10th, the day the Marine Corps was founded in Philadelphia in 1775 prior to the start of the Revolutionary War.  Whether at peace or at war, in combat or training in the field, on ship or ashore, Marines always find a way to celebrate the traditions of the Marine Corps.  MCHS MCJROTC did that at the Pine Grove Banquet Hall in LaPorte.  The cadets performed the same ceremony that Marines world-wide do for their respective celebrations. 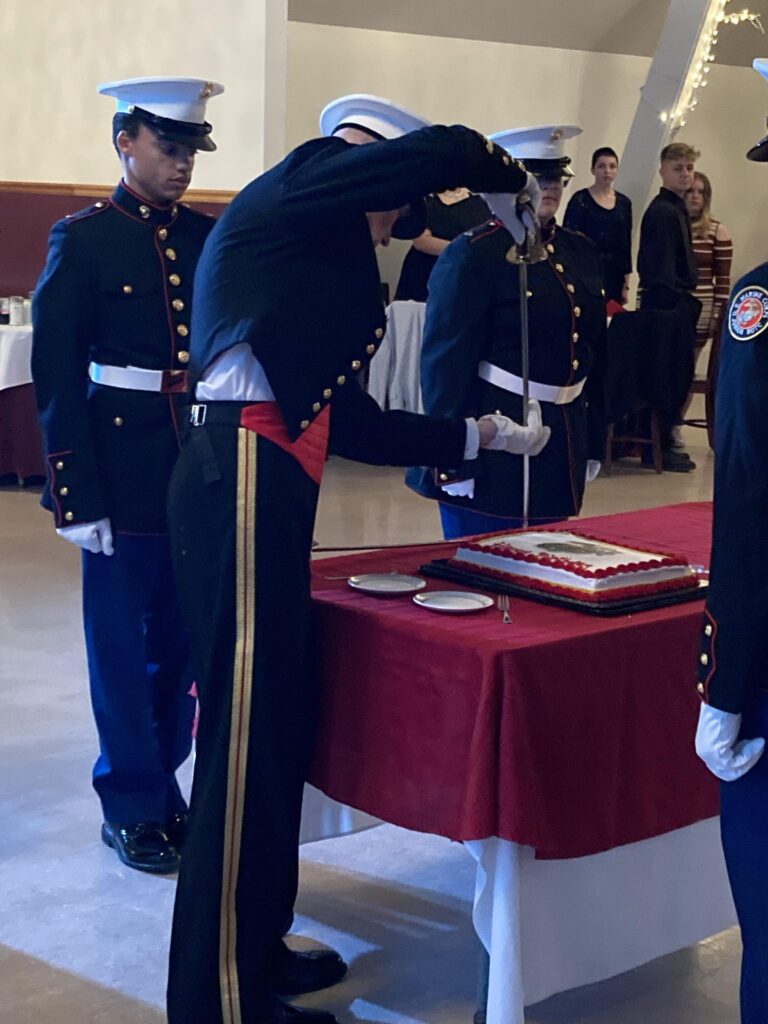 “The Marine Corps’ core values of honor, courage and commitment are the same values that we try to instill in our cadets,” said Senior Marine Instructor Major Tom McGrath.  “Our cadets are very cognizant that, by wearing that Marine uniform, they are expected to act in a way that honors our school and the Marine Corps.”

Master Sergeant Jeff Benak, the Marine Instructor, also emphasized how living those core values help the cadets grow as individuals. “Regardless of whether a cadet goes into the military or not, it is so important that they possess moral courage, a quality that is essential to any leader, regardless of their profession.” 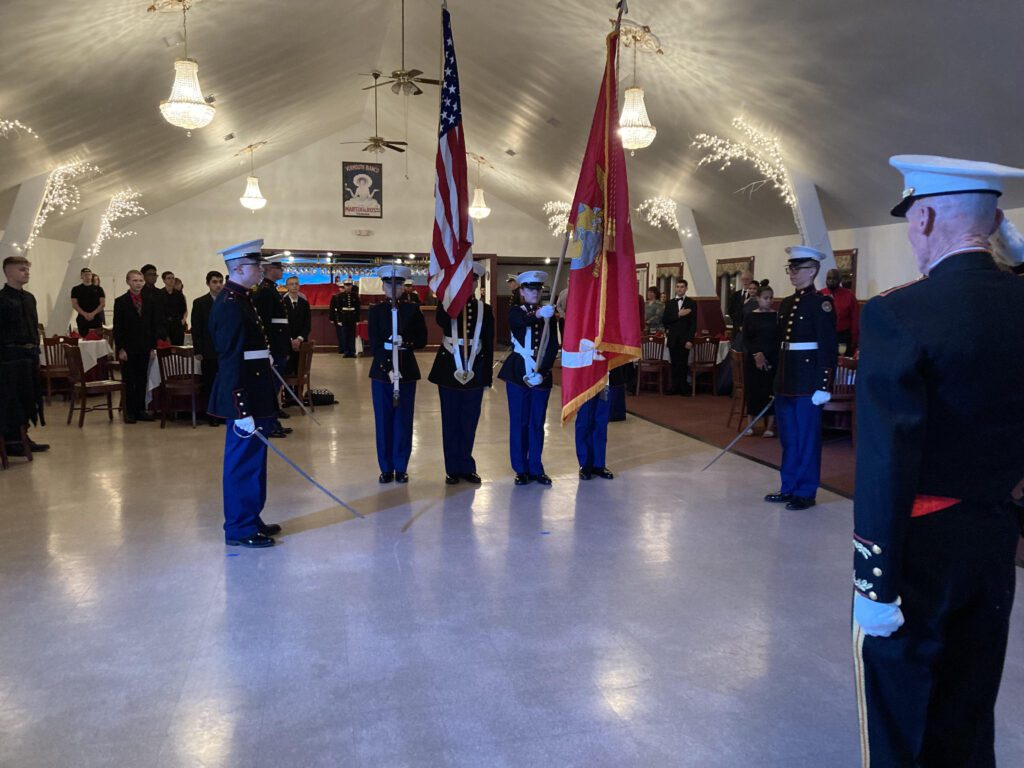 The Sword Detail and the Color Guard execute “Present, Arms” for the playing of the National Anthem.

November is a busy time for cadets, as they are involved with many patriotic ceremonies in conjunction with Veterans Day, including MCHS’s Veterans Day ceremony, which will be conducted in the high school at 1:30 pm on November 11th.  The ceremony, which also includes the MCHS band and choir, is open to the public.  All veterans are encouraged to attend, as they will be honored during the ceremony. The following day, MCHS will host a military drill competition.  MCHS hopes to qualify for the Regional Championship meet in Reading, PA in February.  To meet that goal, they must finish in the top 3 schools in the

Sectional Championship at Portage High School on January 14th.  Among the most competitive schools at that meet will be the host school, along with Indianapolis Ben Davis and Romeoville, IL, which will also be at the MCHS meet.  The competition is open to the public and is free.