The cadets led the Michigan City Festival of Lights parade on Dec. 3, culminating by the lighting of the city Christmas tree in front of the Michigan City Library.  One of the largest MCAS events of the year, the One City One Sound Christmas concert on Dec. 8, was supported by the cadets by helping to transform the MCHS gym into a concert hall. Cadets helped park cars of parents, friends and relatives of students from all MCAS schools performing the concert, and then helped to clean-up after the concert to enable normal operations to resume in the school gym the following day.  In keeping with the MCJROTC tradition of helping the less fortunate, the cadets worked the MCAS food drive at Ames Field on Dec. 10. The cadets also provided the Color Guards for the MCHS home basketball games.  In recognition for her work in the community, Cadet Sergeant Emily Roberts was awarded the Self Above Service award by the Rotary Club of Michigan City at a ceremony at the Salvation Army in Michigan City. 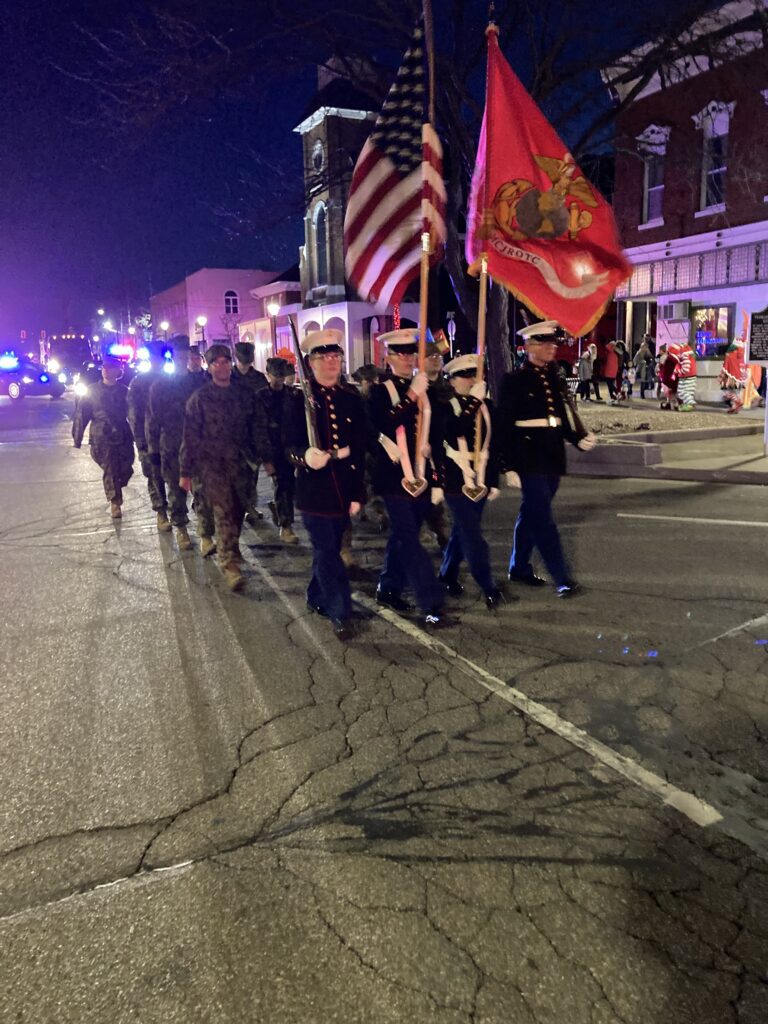 “Unselfishness is a key leadership trait that we seek to develop in all of our cadets,” said Senior Marine Instructor Major Tom McGrath.  “Whether it was marching in the cold for the Festival of Lights parade, or doing parking duty for the One City One Sound concert, our cadets give willingly of themselves to support our school and community.” 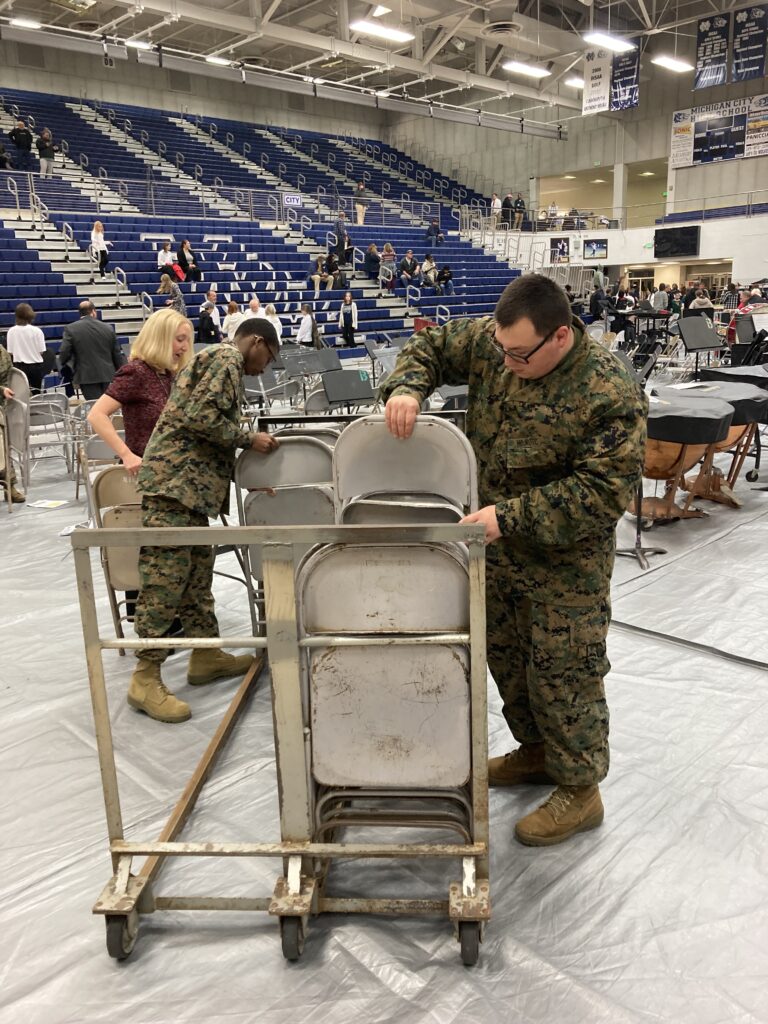 Cadets help clean-up the gym after the One City One Sound Christmas concert.

“The same cadets who are here at 5:45 am every day for Drill Team practice are also the ones staying to clean-up the gym at 8:30 pm after One City One Sound,” he said.

The MCHS military drill team is preparing for their next meets at Portage on Jan. 14 and Indianapolis Ben Davis on Jan. 28.  The Ben Davis meet is the qualifying meet for the MCJROTC National Championship being held in Washington, DC.  If the Wolves qualify, the DC trip would be done at no cost to the cadets or MCHS.  It, like all JROTC functions, is funded by the Marine Corps.