Previous Next
On Thursday, April 22nd, Indiana State Police stopped a vehicle traveling on Interstate 94 westbound near the 28 mile marker for a traffic violation. That traffic stop eventually led to felony drug and weapons charges being filed against an Indiana man. Devante West, 28, of Howe, Indiana was stopped for a traffic violation while driving a 2019 Nissan Pathfinder. The traffic stop occurred just east of the Chesterton exit. A search of the vehicle using an Indiana State Police K-9 indicated the presence of drugs and a subsequent search of the vehicle and driver turned up suspected heroine, prescription drug oxycodone, and marijuana. Also located in the vehicle was a loaded handgun. This is notable because the driver of the Nissan is a convicted felon.
The driver was taken to Porter County Jail and is facing the following charges:
Serious Violent Felon in Possession of Firearm – Level 5 Felony
Dealing in Narcotic Drug – Level 2 Felony
Dealing in Schedule 2 Controlled Substance Level 2 Felony
Possession of Handgun without Permit – Class A Misdemeanor 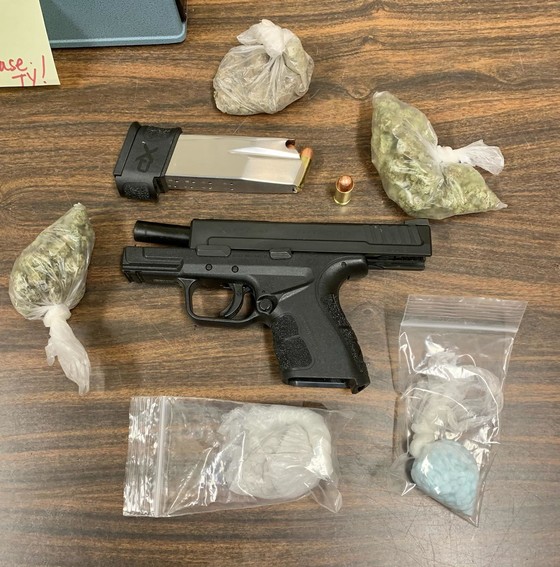