Previous Next
The La Porte County Drug Task Force (LCDTF) announces the arrest of an individual on gun and drug charges. Omar T. GLOVER Jr., 21, of Michigan City, was arrested by Michigan City Police on Tuesday (April 27th) after a foot chase. On this particular evening, Detectives from the LaPorte County Drug Task Force and Officers from the MCPD Patrol Division were working a Violent Crimes Reduction (VCR) Initiative. The Violence Crimes Reduction Initiative was instituted in 2021 by Chief Dion Campbell in response to the high number of shooting events in and around the Michigan City area. While working this VCR initiative, LCDTF detectives spotted GLOVER as a passenger in a Mercedes Benz traveling in the area of Pine and 11th Streets.
In the 100 block of E. 11th Street, Officer Matthew Babcock conducted a traffic stop on the Mercedes Benz. The driver of the vehicle immediately pulled over, at which time, Omar GLOVER Jr. immediately exited the passenger’s side of the vehicle and ran westbound from the traffic stop. Lt. Tim Richardson, Cpl. Kyle Shiparski and Detective James Fish were assisting on this traffic stop and all three detectives began chasing GLOVER on foot. GLOVER ran west towards Franklin Street, then northbound, cutting between buildings. Lt. Richardson noted that GLOVER maintained his right hand in front of his body and near his waistband while continuing to flee from detectives on foot. GLOVER was ordered to stop several times, however, ignored commands and continued running north to 10th Street.
By this time, Officer Michael Petrie and his K-9 partner “Edo” arrived to assist. At this same time, Detectives observed that a handgun had fallen out of GLOVERS pants leg while he continued to flee. Due to this, Officer Petrie yelled to GLOVER that he would release his K-9 if he didn’t stop. GLOVER again disregarded commands to stop and K-9 Edo was released to take over the chase of GLOVER. As officers and detectives ran behind Edo, GLOVER fled behind a house and attempted to jump a fence to avoid Edo. Upon attempting to jump the fence, GLOVERS pants became caught on top of the chain link fence. After landing on the ground, GLOVER verbally surrendered to police. Officers and Detectives entered the back yard and handcuffed the unclothed GLOVER. Officers assisted GLOVER in putting his pants back on and he was then transported to jail. A handgun and marijuana were recovered during the chase.
Regarding todays investigation, Omar T. GLOVER Jr. was charged with Possession of a Handgun without a permit. GLOVER has a previous conviction on this charge which enhances this arrest to a Level 5 Felony. GLOVER was also charged with Possession of Marijuana (A–Misd) and Resisting Law Enforcement (A-Misd).
Additionally, on Friday, April 30th, 2021 Omar T. GLOVER was also charged in a separate drug investigation by the LaPorte County Drug Task Force. A year long investigation into drug sales along the 10th Street Corridor has led to GLOVER being charged with one (1) count of Dealing in Cocaine as a Level 3 Felony and three (3) counts of Dealing in Cocaine as Level 4 Felonies.
Lt. Tim Richardson, Commander of the LaPorte County Drug Task Force, credits the work of the Officers and Detectives that worked the Violent Crime Reduction Initiative on Tuesday evening. Due to the tenacity and quick response from all officers involved, including K-9 Edo, another gun was taken off our streets. Richardson notes that a record number of guns have been seized by the Michigan City Police Department in the first four months of 2021. He continues that it is purely a team effort of all area Law Enforcement in eradicating the high number of illegally possessed guns from the streets of LaPorte County.
Chief Dion Campbell praised the work of the team of officers and detectives that continue to work the Violent Crime Reduction (VCR) Initiative, leading to the seizure of a record number of guns thus far in 2021. Chief Campbell notes that these extra VCR patrols will continue throughout the summer due to the recent uptick in shooting events in the City. Chief Campbell is grateful that the community has partnered with the Police Department and is taking ownership in also ensuring that Michigan City is a safe and vibrant community. Campbell continued that oftentimes the community is the eyes and ears of their Police Department.
Also assisting in the arrest of GLOVER was Corporal Brian Wright, Detective Dana Ford and Officers Adam Brinkman and Jesus Alvarez. Deputy Prosecutor Elizabeth Boehm assisted with this case on behalf of the LaPorte County Prosecutors Office.
The La Porte County Drug Task Force asks anyone with information about criminal activity to contact them at 219-873-1488, or via social media. Furthermore, the LaPorte County Prosecutor’s Office would like to remind the public that you can contact them via Facebook Messenger, through their crime tip hotline number of 219-873-1488, or you can also call the WeTip Hotline for General Crime (800) 78-CRIME and possibly receive a reward upon an arrest and conviction. All WeTip call information is sent directly to the LaPorte County Prosecutor’s Office. You can always request to remain anonymous!
**Arrests and criminal charges are mere accusations. Every person is presumed innocent unless and until proven guilty in a court of law**
If you would like more information about this topic, please contact Lt. Tim Richardson at 219-874-3221 or email at trichardson@emichigancity.com. 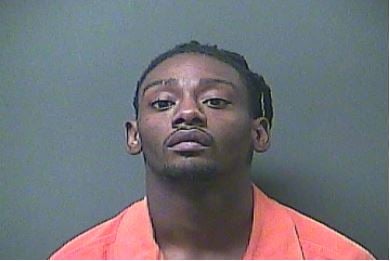