A Gary man has been arrested and two other men are wanted in connection to a fatal shooting that occured in on I-465 in Indianapolis back in December. On December 13, 2021 at 3:30 a.m. Troopers from the Indiana State Police responded to a shooting that occurred on I-465 southbound at the 15.3 mile maker, near Crawfordsville Road. The victim, 28-year-old Miguel Emery was shot and killed while driving a car on I-465, another adult male in his vehicle was wounded.

Since the incident, detectives from the Indiana State Police have been examining evidence and following leads. Earlier in the week the Marion County Prosecutor filed for three arrest warrants for people believed to be connected to the shooting, those warrants were granted. Police say detectives were unable to locate two of the three men named in the warrants however they are believed to be in the Gary Indiana area.

On Monday, detectives from the Indiana State Police arrested 26-year-old Jasinto Carter of Gary, Indiana, he is charged with murder and battery with a deadly weapon.

He was taken into custody in Gary Indiana by State Police detectives from the Indianapolis Post along with Troopers from the Lowell Post.

Detectives are asking for the public’s help locating 22 year-old Dawan Tyrone Glenn Jr. of Gary, Indiana and 21-year-old Briean Brown Jr. of Gary, Indiana. Arrest warrants have been issued. Police say that they are considered armed and dangerous and if they are encountered please call 911. 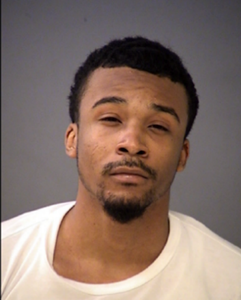 Briean Brown Jr. is described as 5 feet 5 inches tall, weighing 135 pounds and has a tattoo that says “Risky” on left forearm. 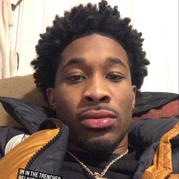 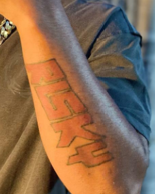 Police say that if you know their whereabouts you can report it anonymously to Crime Stoppers by calling 317-262-TIPS (8477) or online at www.crimetips.org