The Indiana State Police Internet Crimes Against Children, received a cyber tip from the National Center for Missing and Exploited Children (NCMEC) and began an investigation into the online activities of a Michigan City man.  The cyber tip was submitted via social media and indicated that a user of their services had allegedly solicited an underage child for sexual acts.

The investigation revealed that Jonathon Schuette, 42, from Michigan City, IN, had been communicating with a minor since 2018.  Schuette had allegedly contacted the child to engage in sexual conduct.   Detectives from the Indiana State Police Lowell Post assisted with the investigation.

Mr. Schuette is preliminarily charged with Child Solicitation- Level 5 Felony.  He is being held at LaPorte County Jail on a $15,005 cash bond.

All persons named in this release are presumed innocent until and unless proven guilty in court. All charges mentioned are merely accusations, actual charges will be determined by the LaPorte County Prosecutor’s Office. 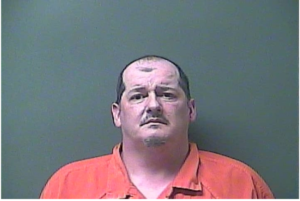