On July 24, 2020, at 11:54 AM, deputies were dispatched to the 8200 east block of US 6, rural Johnson Township, refence a personal injury crash. Deputies arrived and found one of the involved drivers unresponsive with no pulse. That driver, Taren E.
ABAIR (29 YOA) of Grovertown, Indiana, was pronounced dead at the scene. Given the circumstances and dynamics of the crash, the Sheriff’s Office Fatal Alcohol Crash Team (FACT) was activated to assist with the investigation.
Following their initial response, FACT members continued with the crash investigation for several months. As a result of their investigation, on March 22, 2021, an arrest warrant was issued for the other involved driver, John R. NIEGO (60 YOA) of Kingsbury. NIEGO was charged with the following offenses:
 Reckless Homicide, L5 Felony
 Involuntary Manslaughter, L5 Felony
 Criminal Recklessness, L5 Felony
 Criminal Recklessness, L6 Felony
 Aggressive Driving, Class A-Misdemeanor
On March 26, 2021, NIEGO self-surrendered at the La Porte County Jail. NIEGO was released later that same day after a $20,005.00 cash-only bond was posted on his behalf.
Arrests and criminal charges are mere accusations. Every person is presumed innocent unless and until proven guilty in a court of law. 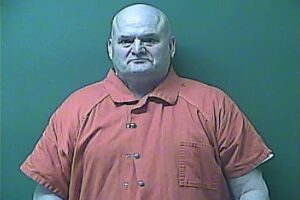