La Porte County Sheriff John T. Boyd announces the division transfer of Deputy Jonathon K. Sikorski. Deputy Sikorski has been transferred from the Jail Division to the Merit (Patrol) Division. The transfer fills the only open vacancy within the ranks of the Merit Division.
Deputy Sikorski (33 YOA) was born in Dearborn, Michigan. He is a 2006 graduate of Hobart High School. Following graduation, he continued his education and earned a degree in Homeland Security and Emergency Management through Ashford University.
On February 4, 2015, Deputy Sikorski began his employment with the La Porte County Sheriff’s Office as a Jail Deputy. On January 25, 2021, he was officially transferred to the Merit Division. Deputy Sikorski is currently attending a 15-week basic recruit session at the Northwest Indiana Law Enforcement Academy (NILEA) and is scheduled to graduate on April 23rd. Deputy Sikorski is married, has two children, and resides in central La Porte County.
Sheriff Boyd stated, “We are excited about the transfer of Deputy Sikorski. During his time at NILEA, he has excelled academically and been an excellent representative of the Sheriff’s Office. We are eagerly awaiting his return and look forward to the service he will provide the citizens of La Porte County.” 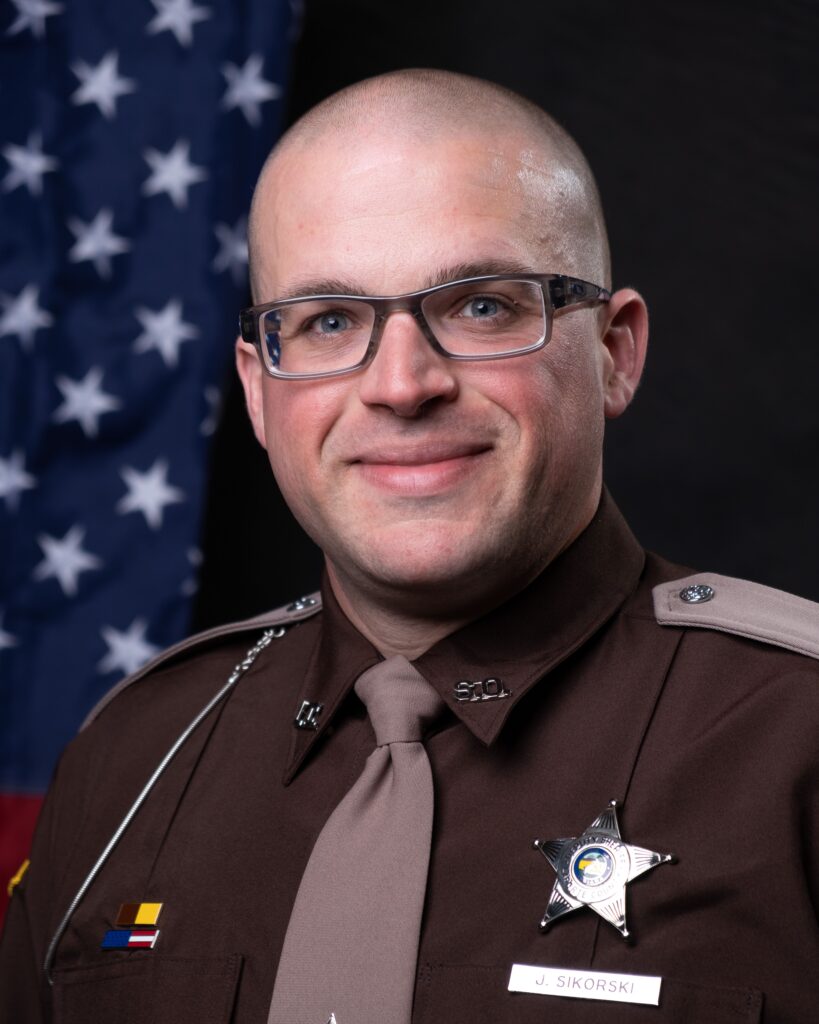