The Michigan City Animal Control division says it is currently not licensed to handle wildlife.

Additionally Euler says at this time, they are not equipped to assist. Animal Control is asking the public to contact a private pest control agency if there is a nuisance wildlife animal. Euler went on to say that Animal Control will be implementing systems and structures in the future and will obtain licensing to service the community in this area.

Euler added that they do have an ordinance when it comes to the public doing their own trapping. Euler also says to call Animal Control to register if you decide to trap.

An ordinance for animal trapping was also posted on the Michigan City Police Department’s Facebook page and photos of the ordinance can be found below this story. 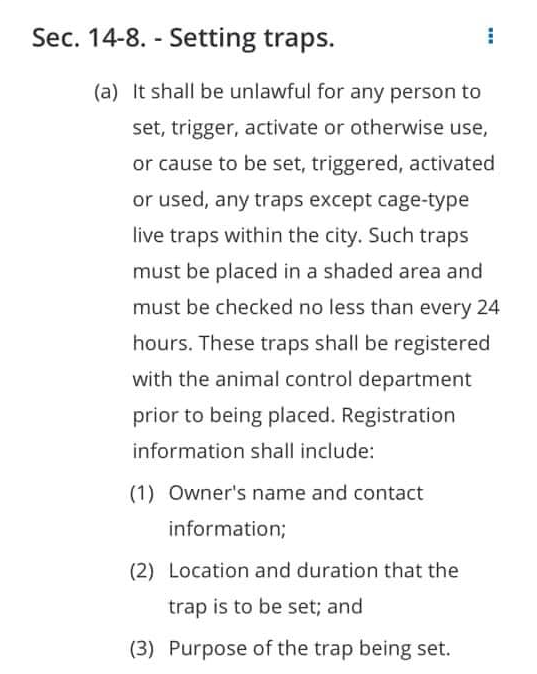 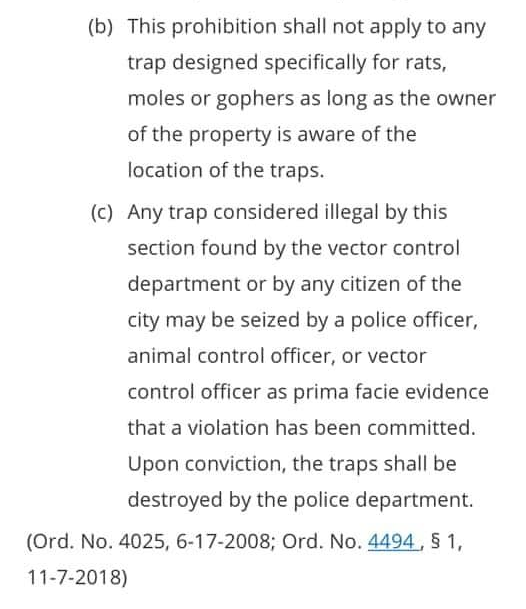