Students at Michigan City High School are being introduced to one more avenue of support as they make post-graduation plans.

“The purpose is to identify students who want to stay local and pursue education or jobs or go into trades,” Nelson Deuitch said. “Our team of career counselors will give them support and walk alongside them to make sure they graduate, get good employment, enroll in college, join the trades or the military – whatever their future plans are, we are here to help them succeed.”

These local leaders all had a similar message for students: There is support in the community, and people who are ready to back their post-high school success, whether they plan to attend college, join the military, or go straight into employment after graduation. 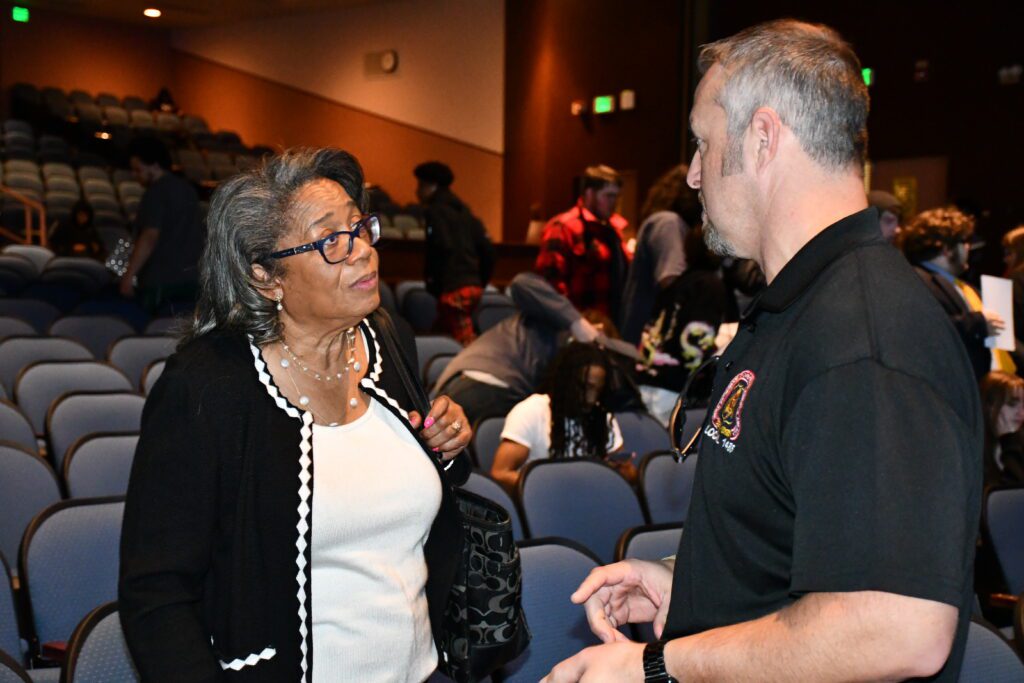 MCAS Superintendent Dr. Barbara Eason-Watkins speaks with Nick Pollock, a representative of the Indiana/Kentucky/Ohio Regional Council of Carpenters on Thursday at Michigan City High School. Both were attending the launch of City Connect, a program that connects students to college and career opportunities.

Over the next few months, students participating in City Connect will conduct self-assessments, complete the Free Application for Federal Student Aid (FAFSA), and explore the options of military, college, trades, and direct employment. They also will tour the city to meet business owners and visit local manufacturers.

Through City Connect, students will also receive coaching on soft skills such as problem-solving, decision-making, workplace conduct, interviewing skills, professionalism, and workplace attire. The program will conclude this spring with mock interviews and career fairs.

Dr. Barbara Eason-Watkins, Superintendent of Michigan City Area Schools, said City Connect represents a system of support. “We are a team,” she told students on Thursday. “Michigan City is on the move and we’re here to help you be part of the future of this great city because we believe in you.” 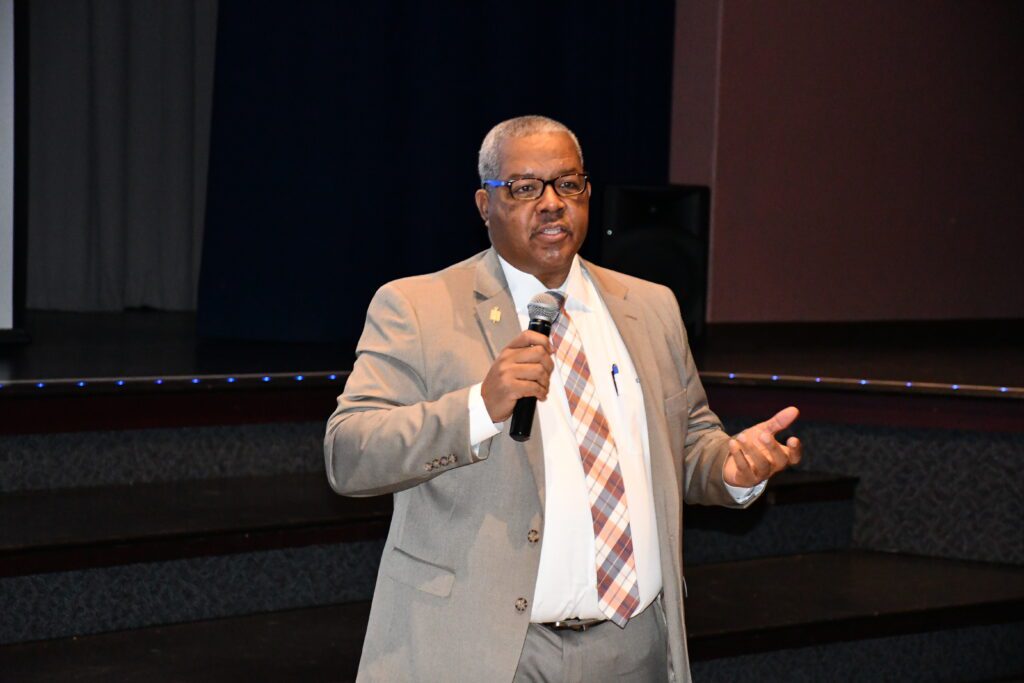 Clarence Hulse, Executive Director of the Economic Development Corporation of Michigan City speaks with students at Michigan City High School on Thursday about development in the city as they focus on future plans.

More information, including how to enroll or volunteer, can be found at www.EducateMC.net/CityConnect.